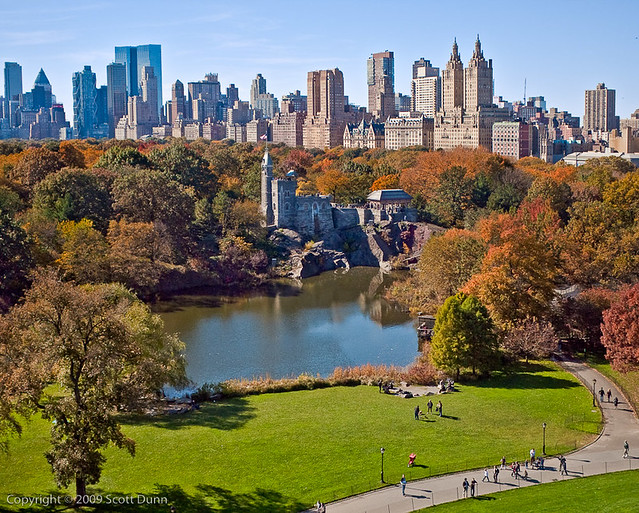 A Chapter by Coyote Poetry

Dorthy dressed lightly. A long dress and sweater only. New York city was blessed with an Indian Summer.  I watched her rushing through the apartment.    Gathering water and snacks. I went to her and I told her. Slow down honey, we don’t need to rush. The day is young and I’m here till Monday night. I need your company. You are my New York dream. My only wish is to be with you.  She smiled and embraced me tightly. She whispered. “We must leave early. Miss the other New Yorker rushing to their work. I want us to have lunch by the river.”

We took the bus to Central Park. New York city is a amazing city. The Central Park can blind you from the millions of people working in the city. Dorthy held my hand and she dragged  me to the river. She tossed down a blanket and we sat down. She asked me. “What if my brothers won’t see me? I went last month. He wouldn’t see me.” I saw tear rolling down her face  and I told her. I will talk with him if necessary. I have known soldiers who had struggled. I believe sometime a soldier need another soldier ear. Hard to understand things if you don’t understand them. Every man is different. Some of us are made of steel  and some men are easy to break. Their mind and heart like glass, need time to heal. You must keep on trying. Love,concern and kindness is the medicine for a broken man.”

Dorthy came to me and I embraced her tightly. We sat on the blanket and we watched the river move for  hours in needed silence.  Many people were at the park. The Indian Summer day brought out the people who were not working.  Dorthy asked me. “Are you hungry?”  I told her. I want the Lombardi’s Pizzeria and the promised Irish whiskey and beer at Chumbley’s speakeasy. She smiled and she told me. “This shall be our day and tonight I will take you to the Nuyorican Poet cafe and we shall go dancing at the Copacabana. Open mic tonight at the Nuyorican Poet cafe and I want you to read some poetry.”

We were served by the same old Italian woman Lily. She caressed my head and she told me. “You want the famous pizza soldier?” I told her. I want the best pizza served in New York and I’m here. She smiled and left. She brought some red wine and bread. Dorthy watched with a big smile holding my hand tightly. She asked. “I hope I’m not a burden for you? You could be traveling the East Coast and you are with me.” I reached over and I kissed her and I told her. You are a man’s dream. A Irish beauty who had blessed me her time and kindness. I’m a lucky Michigan boy to have find a Angel. She whispered . “Thank you.”

After we ate went to Chumbley’s speakeasy. A old Irish man saluted me and thanks me for my service. He told me his name was Dan and offered his hand. I told him my name was Johnnie and the lady with me is a New York beauty name Dorthy. He told Dorthy. Good to meet you miss and soldier. When did you get back? I told him three week ago. He smiled and he told me. First drink is on me. I’m a old Marine and a Korean war vet. What is your killer today? I told him. A double shot of Irish whiskey and a cold Irish beer. He brought us the drinks and he saluted me. I saluted back and he raised a drink of the Irish whiskey to the sky and he said. Fuck the damn wars and let’s drink the whiskey and dance. Me and Dorthy downed the whiskey and I ordered more. No-one was in the bar at 2 am. Dan put on some country music and he asked to dance with Dorthy. We were ten shots in the wind and she agreed. I watched her laugh and dance. I knew she hadn’t laugh in a long time. Dan stopped dancing and he told me. Soldier front and center. Your time to dance with the pretty lady. I rose-up and I went to Dorthy. The song Randy Travis song was playing -Forever and ever, amen. Dorthy laid her head into my chest and I told her. Thank you for the good day my sweet heart. She pulled my face to her face and she kissed me hard and sweet.

← _ Dear lover
For The Love of Language →