Only Soldiers understand what another soldier had seen and felt. Strangers to war and violence cannot understand. When you are near death for too long. You appreciate being alive. 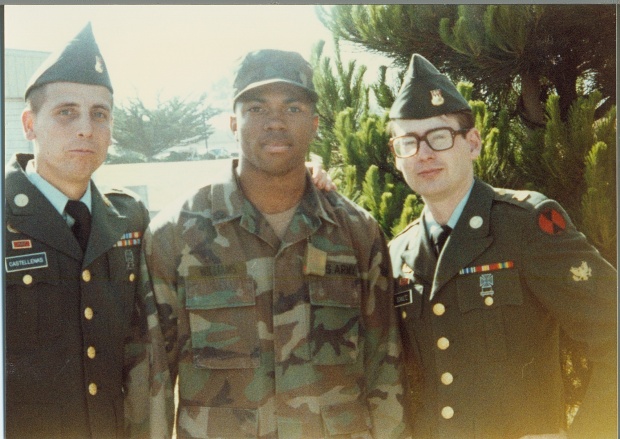 He had a hard face and he was drinking his whiskey and Miller beer. He was a retired soldier drinking alone in the dancing/bowling tavern near the Seaside beach. His hard face turn friendly when another soldier slapped his back and told him. “Almost time to go home Sergeant Major.” He told the bar-girl. A double jack and a cold tapped beer for my young friend. He turned around and gave me a bear hug  and he told me.”Good to see you Johnnie. I got you a young filly from Kentucky with  legs as long as the Texas highways. I told her,  you are going to be a General. If you are nice. Maybe you will get lucky Johnnie.” A pretty woman with long auburn air flowing gently on her shoulders, short dress and a pretty smile appeared. Paul (Sergeant Major) told her. “This is Johnnie. He is a real hero and he saved me every night. He drive me home almost every night to make sure I’m alright. He isn’t as pretty as me or not as sexy. It is alright I’m old and beat-down anyway. Johnnie got a lot left. Johnnie, this is my grand-daughter Katie from Kentucky. She is a lonely girl and I told her. I know someone more destined and lonely than her.”Angela brought her face close to my face. She kissed my cheek and she told me. “My Grandpa is the spoil of war. Always trying to set me up with a good man. I’m not partial to good men. I like hard and relentless men. Seeker of the peril of the Jack Daniels and the Texas two-step. Do you know anyone like this? I told her. “I’m compels to drink  Jack Daniels and I can dance the Texas two-step till dawn.”  Paul laughed and gave me the big Texas smile. He told us. “Ain’t closing time yet Johnnie. Show Katie how an northerner can step on her feet.”

I took her to the dance floor. Her green eyes looking very serious and she told me. “Thank you for taking care of Grandpa. I know he drink too much. The drink is a blindfold for him from the Korea and Vietnam war. He witness too much havoc and shit. He is dissolving away and dying. What can I do to help him?” I told her.”Men are like threads in a needle. Easily broken. We think we are Gods, untarnished and invincible. Can’t be killed or feel frail or beaten. Most old Soldiers are not broken by war.They are broken when they return home. I know your Grandfather story. When he was away in Vietnam. Your grandmother left him for another man. I have seen this story often. Men sacrifice all and everything he held special and returned home to nothing. Everything that was important vanished.  I believe you being here is making him happy. He is very content tonight. I’m glad you came to visit your Grandfather.”Katie gave me a smile and told me. “Grandpa was right. You are a hero. Your words are like ambrosial to my heart. My Grandfather paid for my college. He drove from California to Kentucky for my graduation from college. He bought me a new Chevy truck and he told me. Don’t give away everything to one person. Love is shady, cold and fray. It will dissolve and vanish like wasted words of love in the big storm.”  I felt her falling into my arms. She loved Paul. He was a Soldier’s soldier. He would give his last dollar to a Soldier in need. He demanded well-trained soldiers. He told us NCO’s’. If we train hard today. Maybe the young soldiers you are responsible for, will come home safe and sound from war? We respected the war veteran of 35 years. He had many good friends and he never complains. Last month the Army Doctors told him. He dry rotten his insides. Old Sergeant will join his friends soon. He told me often. Some soldiers get lucky, they die in war. Some of us will die slow and hard.

I asked Katie. “Did you know he is dying. He was down-graded to my unit First Sergeant and the Doctors told him he was done.” Katie released soft tears and whispered. “I know. Last month he put a lot of money into my checking account. This is the reason I’m here. I knew he was taking care of me for the last time.”  I told her. “All we can do is make sure he die with honor and we need to take care of him. He told me already. He wanted no pity. He had bad karma. He picked lousy woman, lousy wars to fight in and he did too many bad things. He was okay with death.”

Katie gave me a weak smile and asked me. “I heard you are the living Hemingway of the California coastline. I will be here awhile, till the end. Maybe you can show me Highway one and read some poetry to me.” I told her would be my pleasure and honor. I’m glad you are staying. Your Grandfather will cherish the time with you. Hard to die alone without real family.” She told me. “Thank you for listening and helping.”

We return to Paul and he asked us. “You ain’t getting marry, are you? You were talking like two adoring lovers.” He wrapped his big arms around us both and whispered. “I’m okay kids. We all must die.”